The threatened limitations of conventional electrical power sources have focused a great deal of attention on power, its application, monitoring and correction. Power economics now play a critical role in industry as never before. With the high cost of power generation, transmission, and distribution, it is of paramount concern to effectively monitor and control the use of energy.

The electric utility's primary goal is to meet the power demand of its customers at all times and under all conditions. But as the electrical demand grows in size and complexity, modifications and additions to existing electric power networks have become increasingly expensive. The measuring and monitoring of electric power have become even more critical because of down time associated with equipment breakdown and material failures.

For economic reasons, electric power is generated by utility companies at relatively high voltages (4160, 6900, 13,800 volts are typical). These high voltages are then reduced at the consumption site by step-down transformers to lower values which may be safely and more easily used in commercial, industrial and residential applications.

Personnel and property safety are the most important factors in the operation of electrical system operation. Reliability is the first consideration in providing safety. The reliability of any electrical system depends upon knowledge, preventive maintenance and subsequently the test equipment used to monitor that system. 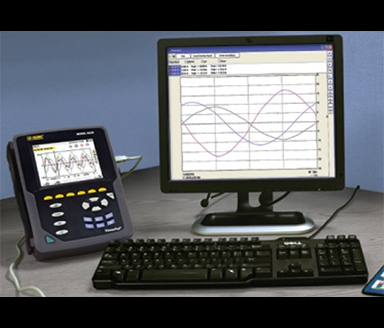